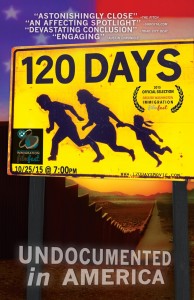 The documentary 120 Days is a riveting “eye-opener” that presents the U.S. immigration debate through the lives of one undocumented family—Miguel Cortes, his wife, and his teenage daughters. The Cortes family settled in Raleigh, North Carolina, where they lived for the past ten years. Setting a solid role model for their children, they contributed to their community as active participants in city programs and they were also regular members of a church – nonetheless, suddenly, their American dream turned into a nightmare. Miguel, during a routine traffic stop, couldn’t produce a driver’s license or the proper paperwork validating his U. S. citizenship. He was given “120 days” to prepare to leave the country and return to Mexico. 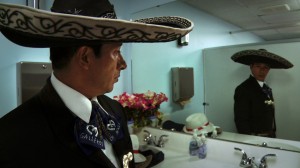 Ted Roach, director of 120 Days, got involved with the filming of their ordeal through a family friend. I caught up with Roach via phone on October 24. His outstanding film will be shown at the Napa Valley Film Festival.

Roach reflected on how he learned about the Cortes family’s situation by saying, “Margaret, who is an English as a Second Language teacher from Raleigh, who is in the film, is a friend of mine. And when Miguel got into his situation, she tried to work through it legally, but a few days before the first court date, she thought about me and thought it might be a good idea to see if I had interest in telling her story. The Cortes family expressed interest in having their story told.” 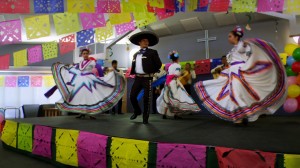 “I also think they [the Cortes family] were very embarrassed of being perceived as criminals in the United States when they had been here for so long, and they were trying to do the right thing. I’m also very grateful that Margret made that call!”

When asked about his views on immigration, Roach stated, “I will say that immigration advocacy, especially for reform, has always been a big issue for me. Akin to that as well, the first film I made was a student thesis project at the Los Angeles Film School about a fictional character who rode the border confronting racers bringing over illegal aliens, so I go way back on the issue, and it’s been pretty well known among all my friends that that’s where I stand.” 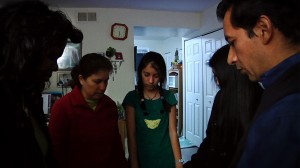 Elaborating on his point, Roach said, “There was a real need, a real lack of any kind of connection to these people, what they actually go through here, and I know it’s a very idealistic statement, but you feel like if people could see and understand these people, that they wouldn’t be so quick to try to throw them out of the country.”

Shot in 2010, the documentary follows the Cortes family from the time they make their life-altering decision to the time Michael leaves the United States. The film is a heartfelt character-based documentary, one that tells a personal family story. Shot in the privacy of their home, we as viewers do gain empathy for their plight, especially for the teen daughters who will undoubtedly be uprooted from their home and education. 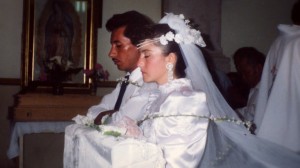 In regard to how a person from Mexico might come to the U. S. under legal circumstances, Roach explained the situation. 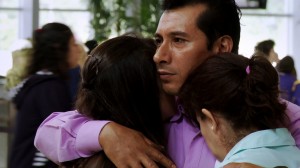 “If you look at all of the reasons you can apply to come here would be if you had direct family members who are US citizens or have their Green Cards. That includes parents, direct family if you already have children. There’s also provisions for people who are highly skilled with college educations, who can apply for the Visa to come here, but for someone like Miguel, who didn’t go to college, doesn’t have a highly-skilled labor training and who doesn’t have family here, there’s no line for him to get in.”

I told Roach that his film captured a perfect example of an undocumented family that are living their lives as productive members of society. 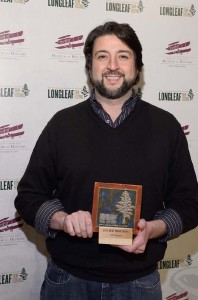 How do you think that your film is going to help this cause?

“The strong hope that I have is that a lot of pressure, and a lot of it’s internal, and guilt, that I need to get this story out there and have people see it.

“Not everybody’s going to want to watch it, but I can tell you that I’ve been to many screenings where, afterwards, a couple people have come up to me and told me, ‘Before I came to this screening, I had a previous conception of who these people were and how they lived, and you have totally changed-’ I’ve gotten, ‘You’ve totally changed my mind,’ a couple times, but more often, it’s like, ‘You’ve changed the way I think about this issue.’”

“And I’ve gotten a couple times people saying, ‘You’ve totally, completely changed the way I think about undocumented immigrants,’ which is the biggest compliment you could ever give a filmmaker. I also just translated the whole film into Spanish subtitles, which I just finished about a week ago.

“I have a distributor to agree to release it in Latin America and Central America in Spanish, so it’s got all the subtitles, and it’s funny, because it’s almost half and half, the movie, in Spanish and English.”

What message do you hope people take away from this film?

“And I think that it’s very important that people realize that you don’t know the good examples. You might think you know undocumented immigrants, and the real issue, but you don’t unless you’ve gone and lived with a family and looked behind that veil that we have.”

How can US citizens help this cause?

“I think this election is really going to show us a lot about where America stands on this. I’ve been surprised. I thought things were moving a little bit more towards an acceptance and possibly a future amnesty.

“And about US citizens, I think concerned US citizens need to make sure that our voices are heard and that you tell people when they’re wrong.”

What your film showed, which I thought was brilliant, is that you really focused on family; what you see is a family being torn apart, and they were apart for a year. I just want to thank you for speaking with me and I’m wishing you the best of luck with the film.

“Yes, thank you for being so positive about this issue.”