“The Good Nurse” (R) Academy award winners Jessica Chastain (“The Eyes of Tammy Faye”) and Eddie Redmayne (“The Theory of Everything”) star in a true-crime thriller investigating hospitals and the healthcare system in America streaming on Netflix. Chastain becomes suspicious of her co-worker, a nurse, as she begins to believe that he is responsible for the sudden deaths of patients in her care. I screened the film at the Toronto International Film festival and can say it is excellent. Both actors give riveting, nail-biting performances.

Based on the non-fiction book, “The Good Nurse: A True Story of Medicine, Madness, and Murder” by Charles Graeber, in the film, Redmayne plays Charles Cullen, and Chastain is Amy Loughren, a single mom. The two ICU nurses build a solid friendship while working long nights at the hospital. An investigation begins after several patients mysteriously die in similar ways, and Charles appears to be the prime suspect; Amy’s noble gesture to risk her life and the safety of her children to uncover the truth is a heroic act of bravery. 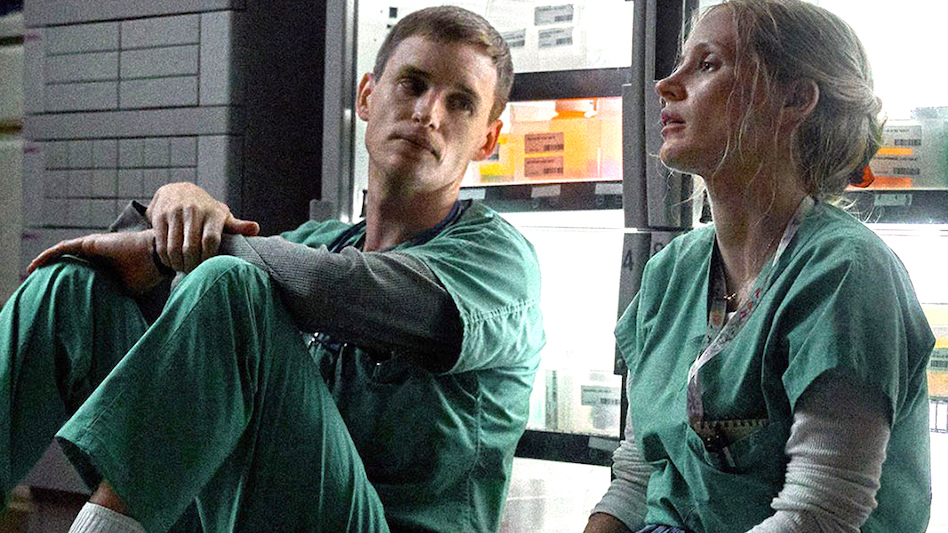 Amy discovers she has cancer and needs to remain in her job for a few more months to be insured. Her new colleague, Charles, is caring, abiding, and enormously helpful to Amy at work and with her children and home life. When Charlie discovers her illness, he vows to make sure he covers for her and helps in any way he can, as her work is physically challenging. In all regards, Charlie seems to be the perfect answer to her health problems, as he begins to cover for her at work and help with her girls at home.

During a Q&A Zoom interview with director Tobias Lindholm, the real Amy Loughren, and both stars, Loughren spoke to the fact that Cullen had a dual personality, he could be sweet as pie, and the other side is a monstrous killer. She said she enjoyed watching Jessica Chastain play her as she now doesn’t feel as guilty having been friends with him and allowing him near her children. It should be noted that in the film and real life, Loughren risked her life to help bring Cullen to justice.

This harrowing film becomes terrifying as Cullen relocates to another hospital with plans to kill again. Director Tobias Lindholm’s razor-sharp pacing and contemplative moments create a highwire act of tension. Both actors are excellent in their roles and gracefully share the spotlight.