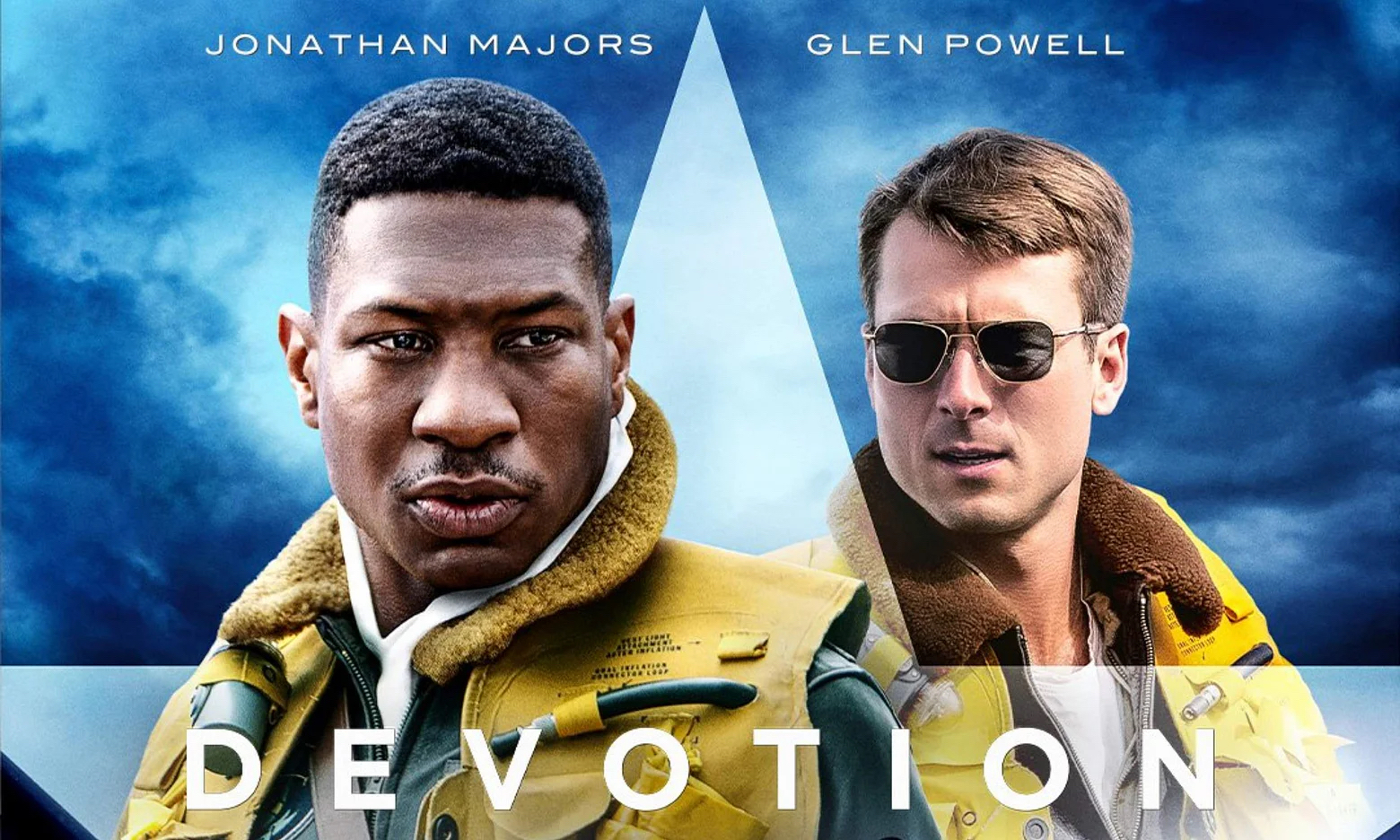 “Devotion” is a biographical war film that takes place in 1950 and is based on the 2015 best-selling book “Devotion: An Epic Story of Heroism Friendship, and Sacrifice” by Adam Makos. The story centers on two US Navy fighter pilots during the Korean War. Jonathan Majors portrays Jesse Brown, and Tom Hudner portrays Glenn Powell. Their heroic sacrifices would ultimately make them the Navy’s most celebrated wingmen. “Devotion” is a history lesson on what it takes to be a naval officer and an unfamiliar story of two real-life heroes from the Korean War.

Jesse Brown was the first Black pilot to complete the Navy’s aviation training program while overcoming discrimination. His courage and superior aviation techniques helped him soar in his job as a Navy pilot. He received the Distinguished Flying Cross and the Purple Heart during his service.

Jesse’s relationship with his wife Daisy, Christina Jackson, is the mirror of the story as we see the loving, family man. If Glen Powell looks familiar, that’s because he played Hangman in this year’s blockbuster film Top Gun: Maverick. Both show flying navy fighter pilots, although “Devotion” is the real deal, the true story of the emotional stresses of the job.

The Bottom-line: I’m way in. Three and ½ stars out of 4, Here’s a story of friendship, sacrifice, racism, and courage. The Navy Fighter pilots heroic sacrifices ultimately made them the Navy’s most celebrated wingmen. Unsurprisingly, both men are placed in danger; with “Devotion,” the horrors of war and cinematic bombast feels authentic. Bullets fly, explosions surround, and fighter pilots go down. It’s a harrowing sight as they crash against landscapes. Although, that’s the mission, to outsmart and out-shot the enemy. Not to mention the insane task of landing the planes onto an aircraft carrier at sea.