Mark Andrews, director of “Brave” would like people to ‘be brave’ and simply go see the movie, as he’s sure you’ll be surprised by what message you’ll take away from the film. The interview took place in a lavish suite at the Peninsula Hotel in Chicago on June 4, 2012. 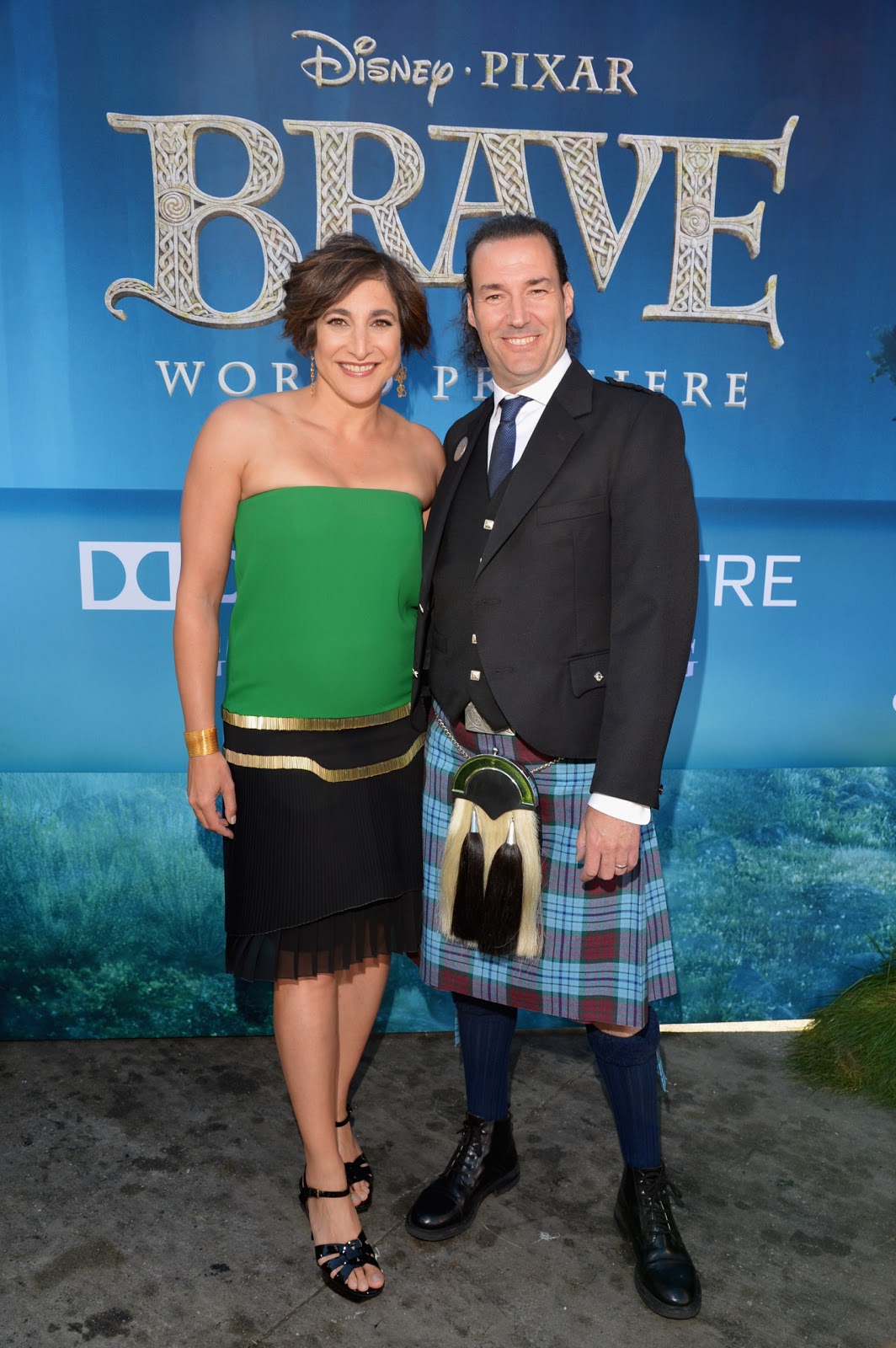 Here is the majority of the interview:

Sarah Knight Adamson: The character of the story’s red hair is so distinctive, was that intentional?

Katherine Sarafian: Yes, Merida the main character’s hair, our heroine of the story, is a wild spirit. She’s a child of the outdoors and a feisty teenager with an untamed quality. What says untamed quality better than untamed hair?

SKA: Yes, Merida is certainly strong-willed and has a mind of her own. Are you hoping to break the mold of a princess that needs to be rescued?

Mark Edwards: We were very aware of that from the beginning. She’s a princess out of necessity for the story. If she was a milkmaid and defied her parents it really wouldn’t be that big of a deal. Being a princess ups the stakes because her childish decisions can ruin the kingdom. We don’t want her to be questing for happily ever after. We don’t want love to define her or make her complete. She’s actually not interested in that and she runs away from the guys that do come around. She’s very much focused on herself while trying to figure out who she’s going to be in this world.

To answer your question, yes, we are trying to break the mold. We knew we were making an anti-princess and what we were focusing on was making a Pixar hero.

SKA: Well I think you’ve done exactly that. What’s it like to be able to write the screenplay and then direct?

ME: It’s good because there’s no deciphering. I’ve worked from other scripts in my career and you’re sitting there reading over and over trying to decipher the intent. When I write and then read for myself, I already have the intent. I’m already a key player because of my in-depth knowledge and it only helps me when I go to the cameraman and storyboard artists and explain how a scene plays out, as I already know what’s supposed to happen.

SKA: The clash between Merida and her mother seemed to be very realistic in terms of modern day times as we don’t see that too much in children’s films, this defiance. Are you hoping to send a message about that?

ME: The defiance is totally real…we’re just not getting it enough in the movies.

KS: You can take whatever message you’d like depending upon your world view but I think something that we’d like to get across is that, whatever your gender or age there are consequences for your actions. These consequences in the movie are pretty severe because, as a royal, a piece of land could be at stake.

SKA: This brings me to a question I have about a line in the movie, “Our destiny is tied to the land.” Can you tell us about this?

ME: It’s something that we found in Scotland and it’s actually universal. Where ever you live, that part of what makes us ‘us’ is where we come from. Particularly the Scottish people as they have a great pride in their land.

SKA: Did you have Kelly McDonald in mind for the part? I thought she was perfect. 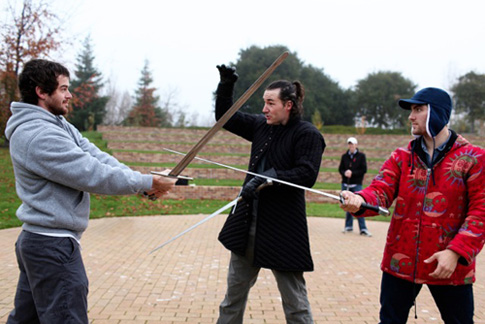 ME: No, not really, we really just develop the characters first.

SKA: Did both of you visit the Scottish Highlands?

KS: We had two big research trips. We brought along our storyboard artists and we trekked through the highlands and the lochs and the mountains. Cameras, sketchbooks, paints and pastels were all present so we could take it all in. We wanted to bring it all back to use so we could inspire whatever we needed in the story.

SKA: Well, it really shows through and as a former educator, I appreciate quality films that attempt to educate children and I think you’ve accomplished that as the film totally immerses you in the culture.

ME: Oh yes, absolutely, it’s escapism, going and being entertained is to go to the movies and get something that we don’t have in our everyday life.

KS: We also wanted to show audiences a real Scotland.  Yes, it’s our own heightened fantasy Scotland, but it would be easy to do a couple of stereotypes with bagpipes and kilts but, instead, we wanted to go deep into the land and show how organic and rugged it is.  At Pixar it’s important to us that we tell stories that are intelligent because we know our audiences are intelligent. We never want to dumb something down for them.

SKA: I want to thank you both so much for chatting with me. Is their anything else you’d like to say about “Brave?”

KS: Just because you think you know what bravery is, doesn’t mean that you’ve experienced it so check out “Brave” and see the many layers of bravery and be brave yourself and speak your truth about what you want to be in life and tell the world and don’t be afraid.

SKA: Thank you so much for speaking with me and check out “Brave” everyone!