“Jane Eyre” was a selection during the International Film Festival at the Gene Siskel Theater in Chicago, March 6, 2011. Moviegoers were also treated to a Q&A afterwards with the star Mia Wasikowska, who portrays Eyre and the film’s director, Cary Fukunaga. A press day was also scheduled for them both at the Peninsula Hotel.

Backstage Notes: Mia Wasikowska’s hair was styled in a very chic, short blonde hairstyle, with longer bangs. A distinct contrast to her look in “Alice and Wonderland” and “The Kids Are All Right”. She has a warm and beautiful smile along with a noticeable Australian accent. Cary, is a much younger filmmaker than I imagined him to be, particularly, in light of tackling such daunting material, as ‘drug trafficking in Mexico’ in his award winning film “Sin Nombre” and the classic but overdone cinematically, novel “Jane Eyre.” 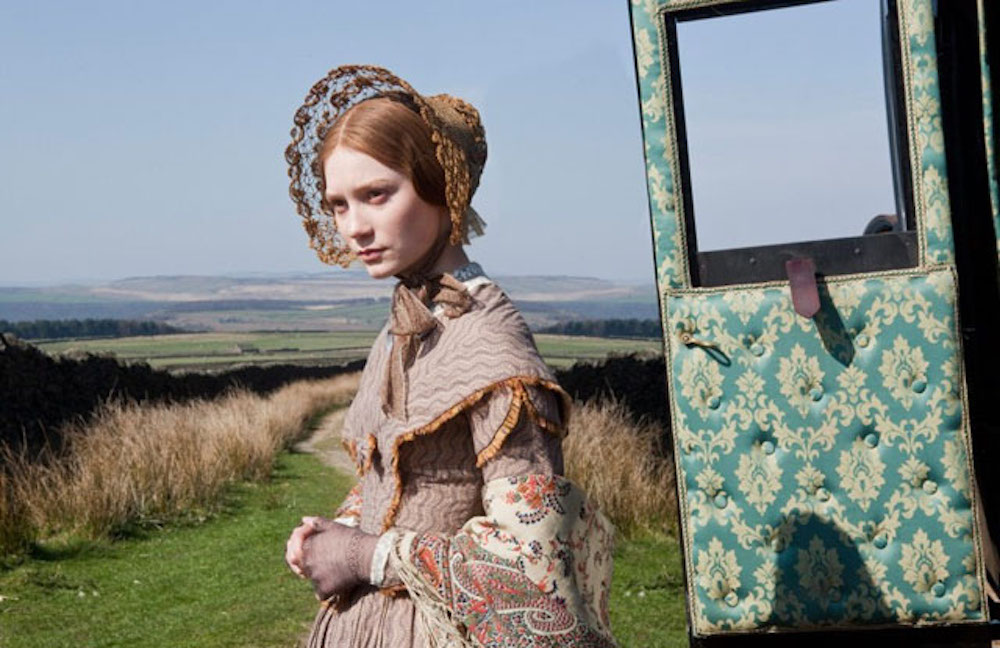 After viewing the visually beautiful film “Jane Eyre”, shot in the Northern England countryside near Derbyshire and featuring Haddon Hall and Chatsworth House, I found both manors perfect for this dark and gothic film adaptation.

The film played to a sold-out crowd and most stayed for the Q&A. We learned that 27 film adaptations of the book have been released both in Europe and the US, including television films. When asked about directorial style, Cary Fukunaga answered, “My style is to have the actors appear as natural as possible. The acting is the heart of my films.” When asked about the ‘dark tone’ of the film, Fukunaga answered, “It’s certainly a love story, although the isolation and time going by have a dark tone. I chose the pure scenes that could show this atmosphere, which is dark so to speak.” 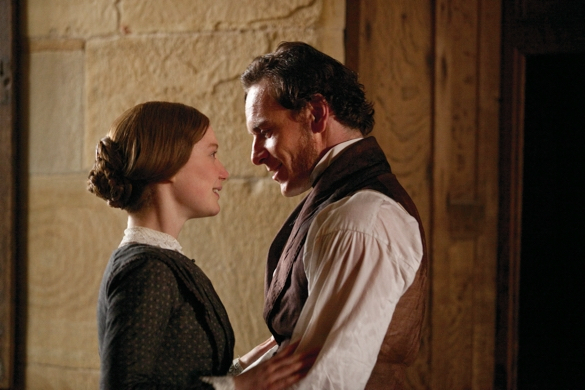 Mia Wasikowska explained that the character of Jane Eyre. “She’s timeless, she will always be that 19 or 20 year old girl even though she’s a 150 year old character. She’s a curious person who’s incredibly brave, and she can choose by her own free will and make choices for herself. That’s what I love about her.”

Cary Fukungna is asked about the ‘tone’ in the film.

C.F. Changing tone, I think, in contemporary cinema is considered bad filmmaking. You see a lot of classic films that change tone in interesting ways. I think Asian cinema changes tone in interesting ways as well. But I think for western storytelling, if you change tone in a two-hour period it can get confusing. They call in “uneven.” What is difficult in this type of film about balancing tone is you have periods of romance and then you have the elements of horror and gothic storytelling. Those are competing emotions. What you want in the end is the audience to walk away emotionally connected to the characters, which means the romance has to win out in the end. So, you start off more like this mystery and suspense, keep that tone consistent, but don’t betray the love story. 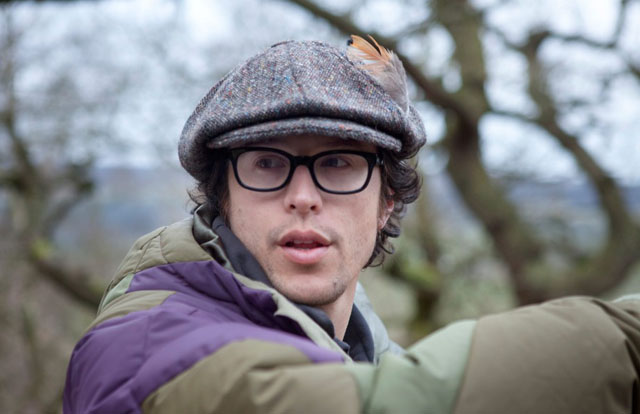 Question: Didn’t you say in other versions, “I want to do away with this style that we traditionally think of Jane Eyre? I want to go in this direction?”

C.F.: I never really watched the other versions – but I am aware of them. The Bob Stevens version was the only one I knew of growing up. Even when I started the film, I didn’t even realize there were so many versions. I actually think most people haven’t seen them either. You can actually see on IMDB there are a lot of versions but I don’t know how many of those actually made it to America. There is much more of an ‘industry’ in the UK to reproduce the great English lit stories onscreen or for television but I think in the US very few of those actually get there. I didn’t really care about what anyone else had done because I knew I wasn’t going to be doing what they did. I didn’t want to be forced or too aware of what they had done.

Mia, have you seen the other ones?

Mia Wasikowska: No, kind of similar. I was particularly overwhelmed by how many there were. I didn’t really know where to start. I also didn’t want to be influenced by anything, even in a way I didn’t realize.

Sarah Adamson: I wanted to say two things that came out about both of you. Cary, your great sense of humor.

CF: (Laughs) They didn’t laugh at my jokes this time. Usually, I’m much funnier.

SA: And Mia, you seem like a really insightful, young lady. Grateful and humble about having the opportunity to act. That’s great. So, Cary with the humor aspect, do you use it on the film set to ease a situation with the actors?

CF: I try to all the time. In love and war you’ve got to use humor. It is not always easy when you are stressed out to use humor, but sometimes it just eliminates the pressure on everyone. Especially on this one, there were so many challenges that you had to make jokes.

SA: Mia, how does humor work with the director? I would imagine that some of these directors are kind of terrifying.

MW:I’ve been lucky so far that I haven’t really worked with a screamer yet. The director is the most important person for the actor on the set. The rapport between the two of you and the cast needs to be – it is just so vital to the tone of the set and to the way that things progress. So, I’ve been lucky.

Question: Mia, would you talk a little about this 150 year-old character? What did you see in her? 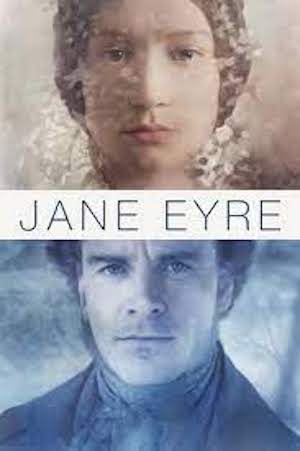 MW: I think there is a big emphasis on the fact that she is 150 years old. People are often asking me, “How do you understand that time?” That almost never felt like an issue to me. There is a lot that is so similar to the way that we live now. The things that we experience now are just in different ways and on different levels. Jane feels disconnected and isolated. She is physically isolated as well, being in where she lives. And then there is that here as well. Even though we are surrounded by so many people there is a similar sense of disconnection. Even technology introduces a disconnection. We can get things and understand things instantly. Messages get sent instantly through email but it takes away from sitting down with someone and talking with someone so, I’ve found a lot of similarities. I think she continues to connect with people. She survived so many generations because the story is still happening everyday.

Question: Can you talk about the era Cary? I know you have an undergrad in history. In terms of your level of attention to detail of the period – is it correct that you used photographs of things to help depict? Or, do you use those for guidance for your costume designer or art director? Can you talk about creating this period, the era that photographs first began, and how they could have influenced how the film looks? It really feels authentically real of the time.

CF: This film had to have more academic, traditional research. I worked with a historical advisor from Random House. I sent her questions about random things to help me get a sense of what I could do to put together these scenes like the party scenes, even down to the food – what course, what time, what style etc.

Question: Please talk about your chemistry with your two stars and how you think that plays into the film.

MW: With Jamie and Michael, I got along with them both. Michael and I, we got along from the beginning. When you have to have such an intense relationship in a film, it is invaluable to be able to have such a good rapport. We were able to counter the intensity of the material with a lot of fun and get our energy from there and then channel it into the scenes.

Sarah Adamson: Can you talk about your take on the darker tone of the film and the retelling of stories or fairy tales?

CF: In terms of remaking stories that we know. I think, for the public, there is a certain amount of comfort when you see a story that you already know. When you are familiar with characters, being able to revisit them is sort of exciting. There is a certain security in seeing a story that we know. I think that is what the arts are there for – to reinterpret material. You see countless reinterpretations of paintings and each time a famous painting is reinterpreted it tells something about the time that it was made. That is so often what films do. They reflect the elements that the filmmaker chooses to reflect on our time. I guess, with the darker tone, maybe people feel society is getting darker (laughs)?

CF: I’m not sure if it’s a trend. I think repetition of a story goes back to the days of the cave by the fire – when you only had two stories to tell. Inevitably, they’re going to be different, different takes of it. Even right now, a lot of people thought fairy tales were Disney. These have all been around for hundreds of years. Even down to the Bible. The Bible stories have been reinterpreted in various ways.

MA: Stuff gets passed on through each retelling of the story – something is passed on to the next generation. It becomes a time capsule.

Question: Do you see the darker, though?

CF: I would say the novel is darker than even our film, almost.

Question: Jane has a strong sense of self-identity regardless where she is cast in society. She fully understands that, regardless of where you are on the food chain, every person is of equal value. She’s very clear about that. Could you talk a little bit about that?

MA: It is rare even in our time now but particularity in that time, to have such a strong sense of who you are. Especially for Jane, she hasn’t grown up with people who have affirmed who she is or affirmed values for her. She’s learned it all herself. It’s admirable and it’s a part of why she’s such a well-respected character. Because she has such a respect for herself and she doesn’t compromise that.

Question: Talk about from both your perspectives – Jane has this real urge and ambition rare to women of her time – to be at the other end of the horizon. When she gets there, it’s the four points of the compass to nowhere…

MA: She’s a curious person, intellectually and emotionally. I can completely understand the restlessness that she’d feel and that ambition and that desire to know what else is out there. I think she’s aware of so much that she doesn’t know and understand, and she really wants to.

CF: I think there was a point, too, where she was purposely avoiding people. I think in the book, they described her as avoiding hunting parties and that type of thing. This is until she gets to the point where she is starving and so desperate that she goes into town looking for work and she sees how people treat her…like a gypsy. It is a bit of both. It’s “curiosity killed the cat” in some ways. She’s incredibly brave…

MA: She is rewarded. She still finds stuff. I don’t think she’s disappointed.

Press: Thank you so much for speaking with us today.

* Note: Not all questions nor answers are printed in this article, both have been paraphrased.