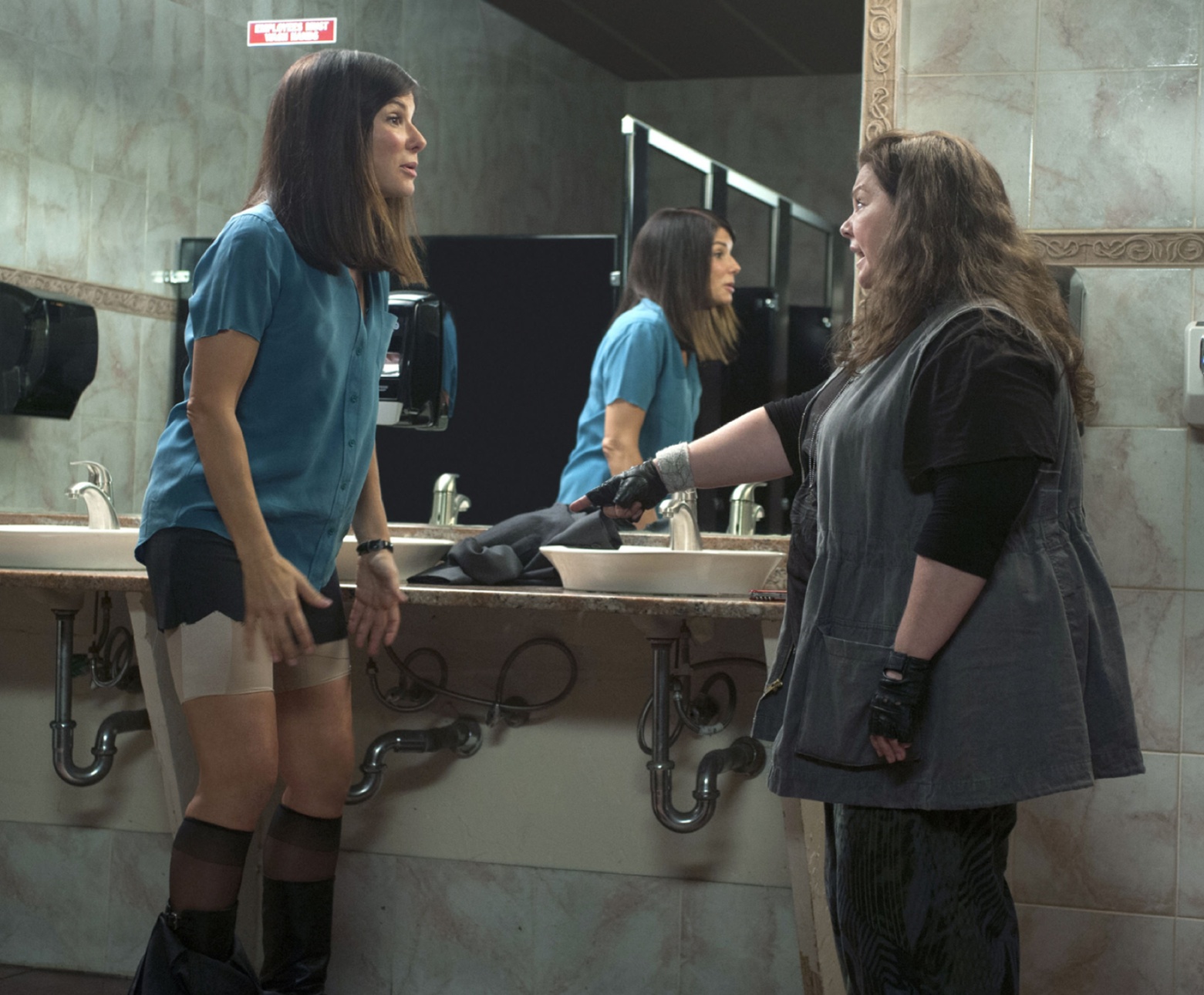 The Odd Couple – McCarthy and Bullock Bring “The Heat”

From the director of the laugh out loud 2011 comedy “Bridesmaids,” Paul Feig brings us, “The Heat.” Uptight and arrogant Special FBI Agent Sarah Ashburn (Sandra Bullock, “Extremely Loud & Incredibly Close” 2011) and raunchy Boston Police Detective Shannon Mullins (Melissa McCarthy, “Identity Thief” 2013) are the equivalent of night and day. Ashburn is transferred to Boston to take down a drug lord and it just so happens that her assigned partner is none other than local expert, Mullins.

Although this odd couple takes a while to warm up (understatement) they end up having each other’s backs and produce their self-nicknamed duo, The Heat. Bullock is the buttoned-up-over-achiever version of “Miss Congeniality” (2000; 2005) while McCarthy is ten times more vulgar than her character Megan from “Bridesmaids” and this time she’s packin’ heat.

This action-comedy provides ample physical slapstick and a majority of the scenes are ad-libbed, which only enhances the humor. This hilarity was clearly appreciated because audiences were laughing out loud throughout the entire film. McCarthy and Bullock are perfect fits for their roles and are undoubtedly natural in their collaboration. The duo’s timing and delivery is razor sharp and script never allows for a dull moment. It was surprising to realize this film has a 117-minute run time as that’s long for a comedy. The film didn’t drag on terribly, however. Audiences will also appreciate the fact that the trailers don’t give away all of the jokes.

Jane Curtin (“I Don’t Know How She Does It” 2011) is Mullins’ stubborn mom who adds to the dysfunction of their family. Mrs. Mullins flips Shannon the bird every time they see each other as she’s upset Shannon is responsible for putting her brother Jason (Michael Rapaport, “Kiss of the Damned” 2012) in jail. Demian Bichir (“Foreverland” 2011) plays Ashburn’s strict boss and Tom Wilson (“Mad” 2013) is at his wits end as Captain of the Boston Police who is continually trying to tame Mullins. Marion Wayans (“A Haunted House” 2013) plays Levy, Bullock’s flirtatious assistant who wouldn’t mind a date or two with her. All are excellent in their roles but their parts are minor. Most of the film centers on Bullock and McCarthy’s budding friendship. There are several other cameos by recognizable comedic actors who only add more ammo to the film.

In one scene, Mullins and Ashburn stampede into a suspect’s apartment and start asking her questions, but in their “own ways.” Ashburn takes a more methodical approach while Mullins cuts to the chase. The suspect, who is tied to the drug lord, is foreign but certainly knows English. When she pretends to be ditzy and speaks in another language, Ashburn chimes in with a few words of her own. Mullins looks at Ashburn with a look of disgust and immediately terminates their conversation by yelling at Ashburn, “Alright Rosetta Stone, you’re done!”

When casting, Feig said he looked no further than his “Bridesmaids” star, McCarthy. “About 15 pages into reading ‘The Heat,’ the idea of casting her just snapped into my head. The script, which was already hilarious, got ten times funnier when I read it while imagining Melissa as Mullins. [She] will commit to a role so hardcore it will shock you.”

Beat downs are not the only physical aspects of the film. One night after a few too many, Ashburn and Mullins bond while they bust out their dance moves at a Boston dive bar. The duo said they made the short “choreographed” dance up on the spot. According to the press notes, Bullock praised McCarthy’s dancing abilities, “Melissa has great moves. When I saw her dance, I knew we were going to be fast friends.”

Bottom Line? If you didn’t enjoy McCarthy in “Bridesmaids” or “Identity Thief” you will not appreciate, “The Heat.” If you did enjoy those laugh out loud flicks, however, prepare for an even raunchier, more intense McCarthy in “The Heat.”